Waterlight Graffiti is a beautiful and interactive art installation coming to Aotea Square this August.

Made up of thousands of LED lights, the installation’s giant street art screen illuminates when it comes into contact with water.

Using a paintbrush, spray bottle, fingertips or anything damp,  it lets you sketch a message or a drawing directly onto the large screen which lights up in response.

Unlike traditional graffiti, the message doesn’t deface, as it stays only until the water dries, when it naturally disappears. Eco-friendly, playful and unique, Waterlight Graffiti is the ideal easel to throw your thoughts or mood up on and communicate via the magic of water, lights and illumination. 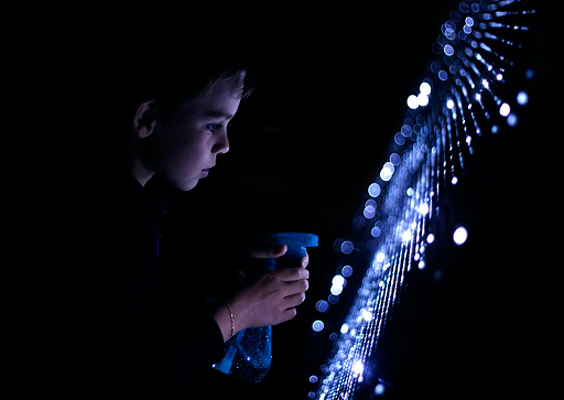 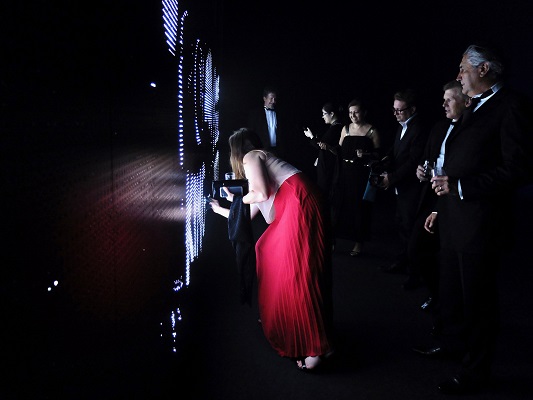 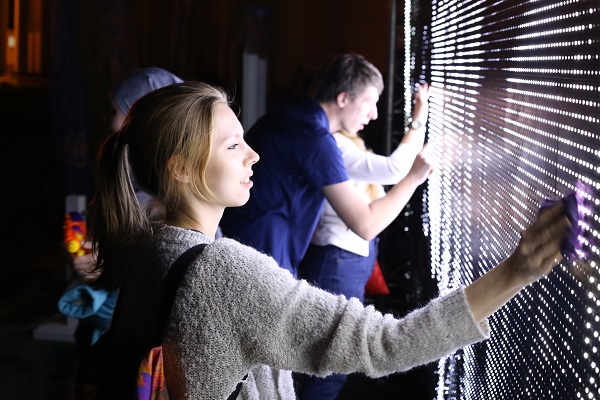 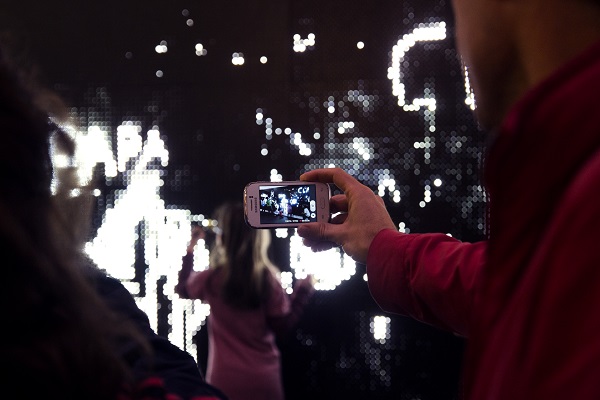 Colab at Auckland University of Technology (AUT), the Embassy of France, and the France New Zealand Friendship Fund for their support of Waterlight Graffiti in Auckland.

Waterlight Graffiti is created by French artist Antonin Fourneau and after worldwide success, this mock up is now part of a research project led by the French artist on water sensitive materials, and the use of them in our architecture.

In 2005 Antonin Fourneau received an Art Diploma from Aix-en-Provence Art School followed in 2007 by a post Diploma in Interactive Art in the Design School of ENSAD Paris. Since his graduation, Antonin has been focused on interaction and relation with popular culture. He takes part in various exhibitions related to digital arts and is currently a professor of Digital Arts in ENSAD and guest teaches in several schools like CAFA-Beijing.

Antonin is the 2017 France / New Zealand Te Ataata Creative Technologies Artist in Residence. He will be based at AUT’s Colab for three months from July 11. There will be opportunities to hear Antonin talk about his work at several events:

Creative Technologists Meetup  |  July 26, 2017. 6:00pm – 7:00pm  |  AUT City Campus
Antonin will give an introduction to his practise and an overview of his residency project, Sonoscritpum.