The Lighthouse is an artwork by Michael Parekowhai. Its exterior is in the form of a 1:1 scale 1950s family home and its interior features an installation of light as well as a sculpture of Captain Cook, titled The English Channel. It is surrounded by a wooden jetty that “floats” on Queens Wharf. The public can explore the work by looking through its windows and doors and by climbing the staircase.

The Lighthouse is the house that holds the whole universe as we know it. The interior finish is highly reflective and features clusters of neon lights that represent the star constellations which illuminate around all of the surfaces. The combination of light and the form of the fireplace implies the notion of ahi kā; that home fires are burning and the house is warm with people.

The presence of The English Channel, sitting among the stars, grounds the work. This version of Captain Cook is not the heroic figure that we often see; instead he’s more pensive and thoughtful. He faces toward the fire, as if he’s warming his feet, but his gaze and mind are elsewhere.

The Lighthouse can be viewed from Queens Wharf or from the sea on the Waiheke or Devonport ferries. The artwork is part of Auckland Council’s public art collection, and was funded by Barfoot & Thompson and anonymous donors. 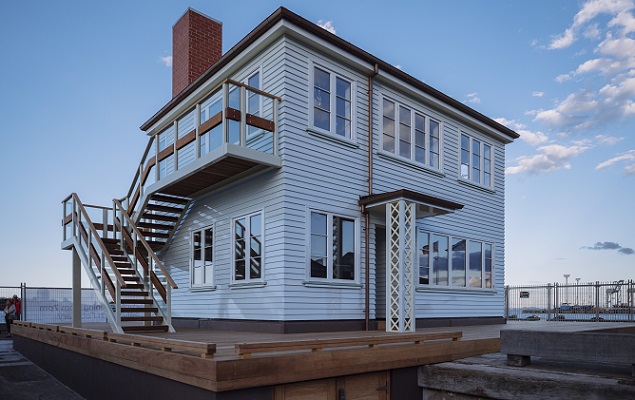 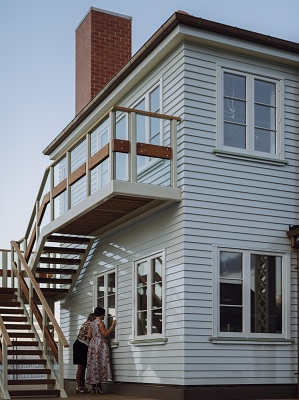 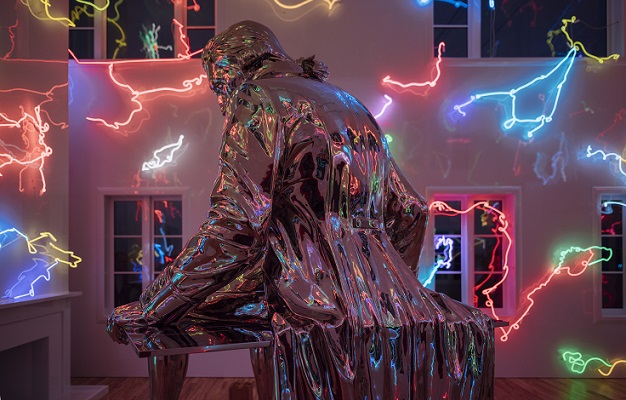 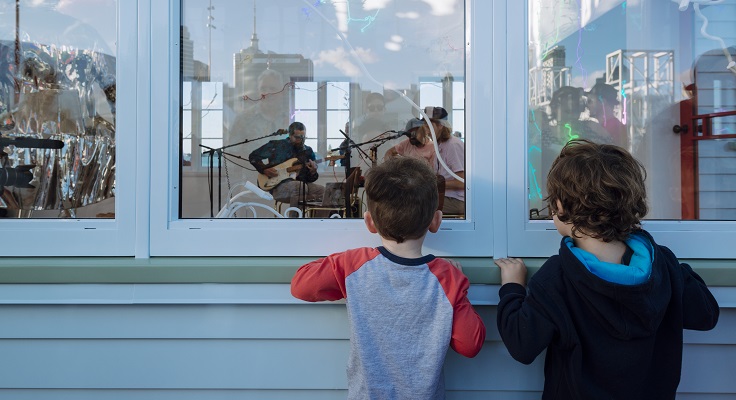 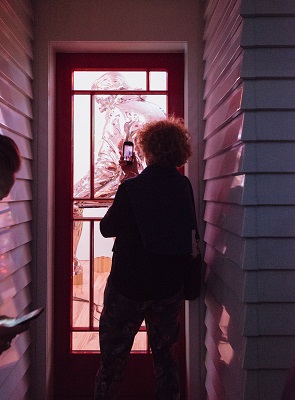 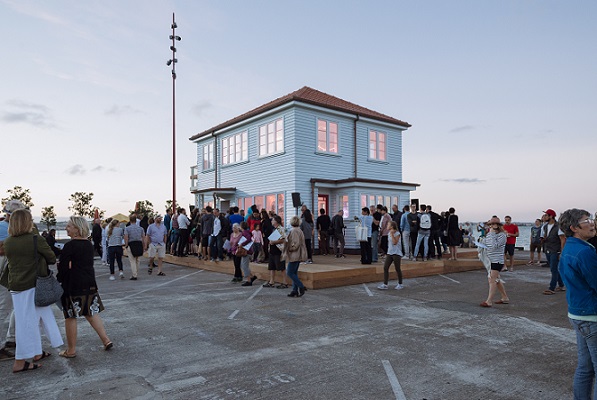 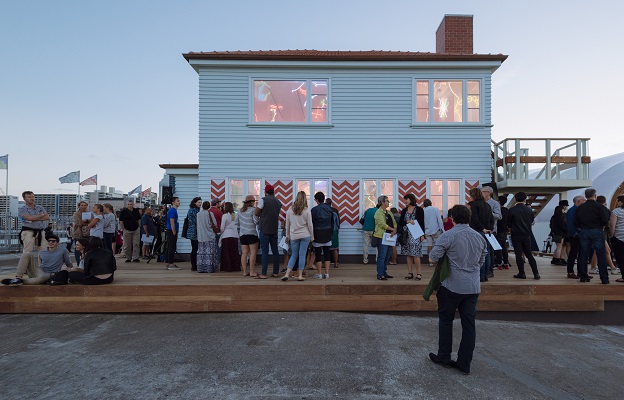 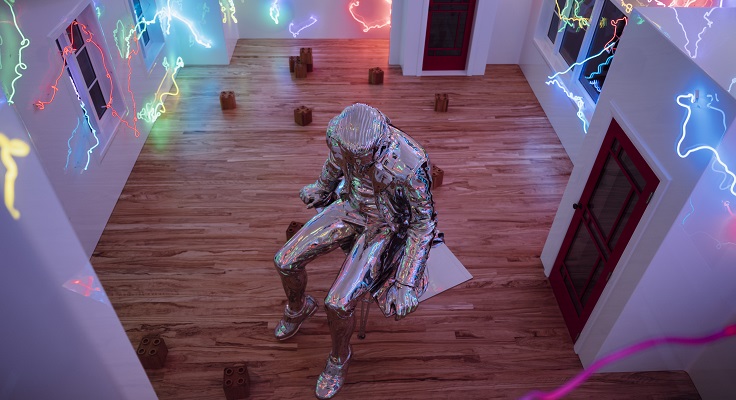 Michael Parekowhai is a world-renowned New Zealand artist of Ngā Ariki Kaiputahi, Ngāti Whakarongo and Pākeha descent. He is Professor in Fine Arts, University of Auckland (UoA), from where he graduated with his BFA and MFA. Working across the disciplines of sculpture, installation and photography, his exhibition history spans almost three decades and multiple continents.

As well as The Lighthouse, Parekowhai’s other significant works include On First Looking into Chapman’s Homer (2011), a spectacular installation including a carved Steinway piano and two bronze grand pianos, each supporting a life-sized cast bull, at the 54th Venice Biennale;  and The World Turns (2011-12), a life-size bronze elephant tipped on its head and eye-to-eye with a kuril, sited beside the Queensland Gallery of Modern Art (GoMA).

Pārekowhai has received many prestigious awards, including an Arts Foundation of New Zealand Laureate Award in 2001,  and Ngā Toa Whakaihuwaka - Māori of the Year for Arts in 2011. GoMA presented The Promised Land, a major exhibition featuring work drawn from across two decades, in 2015.