Following the incredible success of the BAFTA Award-winning BBC natural history series Blue Planet II, comes Blue Planet II Live in Concert bringing the wonders and mysteries of the planet’s oceans and its characterful inhabitants to the stage. The concert will be narrated by a special guest who is yet to be announced.

Blue Planet II Live In Concert will present a selection of stunning visuals from the television series, highlighting the incredible natural wonders of our blue planet in detail, projected on a big screen.  Accompanied by the original immersive music score by renowned musicians Hans Zimmer, Jacob Shea and David Fleming, which will be performed live by the Auckland Philharmonia Orchestra (APO).

Chantal Bindley, Head of Live Entertainment, BBC Studios, Australia and New Zealand said: “Following two hugely successful sell-out shows for Planet Earth II Live in Concert earlier this year, we are thrilled to be bringing Blue Planet II Live in Concert to New Zealand audiences in 2020. With awe-inspiring footage from the ground-breaking series and an incredible music score performed by the Auckland Philharmonia Orchestra, Kiwi fans are in for an extremely memorable experience.”

Blue Planet II Live in Concert is a live adaptation of a television story following the incredible success of the award-winning television series Blue Planet II. During the four years of filming for Blue Planet II, the teams embarked on 125 expeditions, travelled to 39 countries, including New Zealand, and filmed across every continent and ocean. They spent 6,000 hours deep-sea diving, 1,000 hours in submersibles, filming everywhere from our familiar shores to the deepest seas. Logistically, some of these expeditions could be compared to a trip into space – such was the effort. In the process, the camera teams encountered creatures that appeared so strange that they really did seem to come from a different planet.

A fantastical journey from icy polar seas to pulsating coral reefs, from the luminous deep sea to enormous kelp forests: immerse yourself in Blue Planet II Live in Concert, an epic experience that you will never forget. 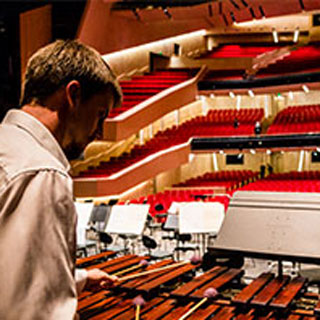