Taller than a two-storey house and built from over half a million LEGO bricks, the LEGO Christmas Tree is lighting up Aotea Square until 27 December.

Decorated with some distinctly kiwi-themed festive additions including a kiwi, a pukeko, and a surfing Santa, the spectacular Christmas star alone has 13,195 LEGO bricks and 3,456 LED lights, making it the ultimate tree topper. See it ablaze in Aotea Square every evening in a spectacular light and sound show from 7 pm onwards.

While you’re there pick up a copy of the Auckland Live Summer in the Square brochure. Packed full of FREE summer entertainment, activities and events happening from December to February in Aotea Square, it’s your one-stop summer fun guide.

With support from Auckland Council, LEGO, Heart of The City, The Hits and The New Zealand Herald.

Join us from 6.30pm – 8.30pm on Friday 25 November and be the first to see the LEGO Christmas Tree light show as we celebrate Christmas in Aotea Square with traditional carols.

See how the LEGO Christmas Tree came to life 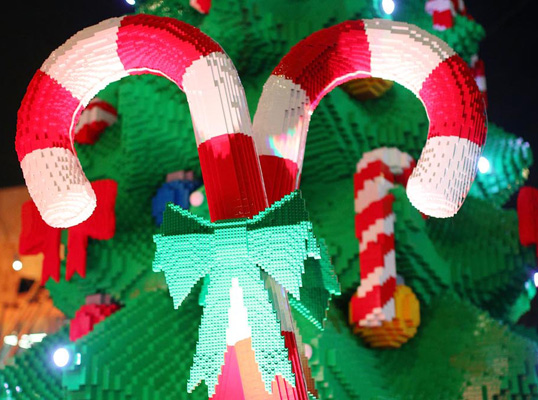 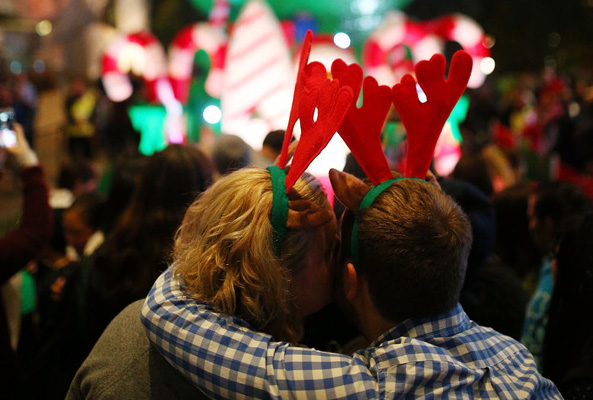 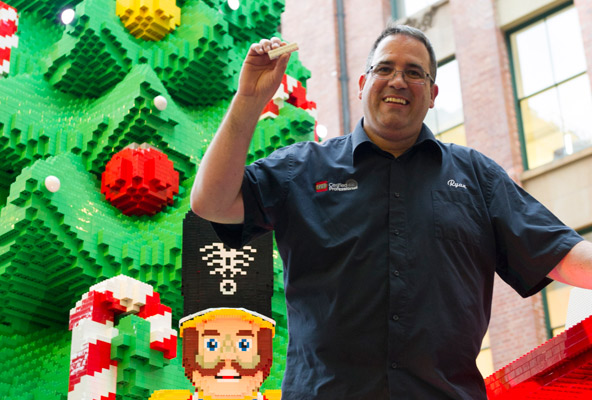 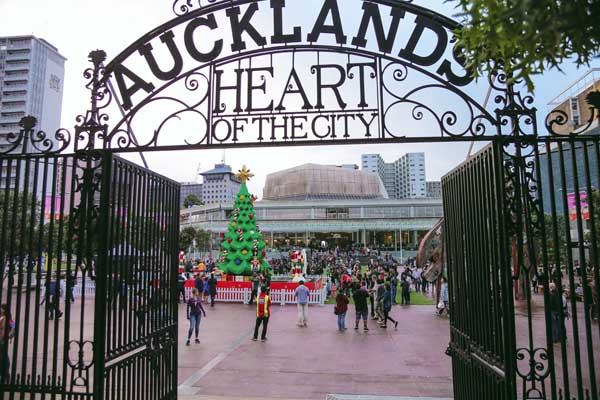 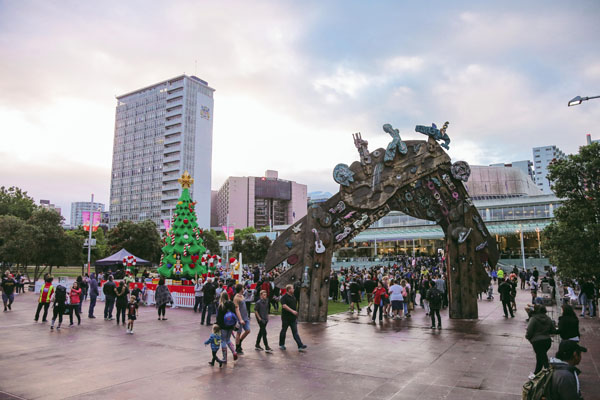 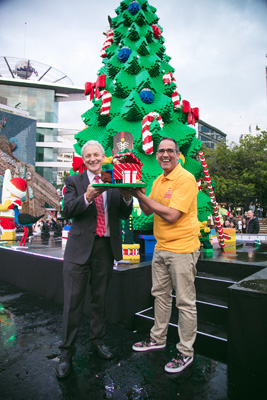 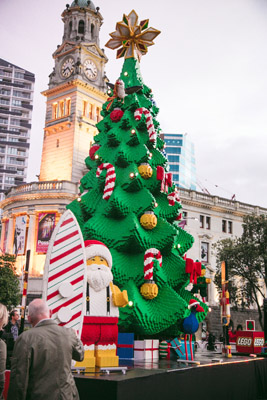 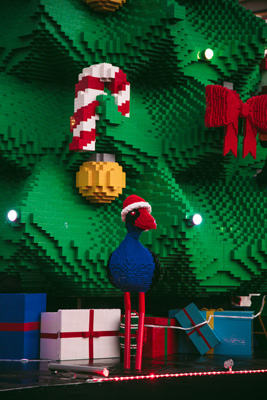