Let your voices soar with us as we kick off the Festival in style again at TIRA in Aotea Square.

Join Hollie Smith, Hātea Kapa Haka and choirs from around Auckland in singing a playlist of iconic waiata.

14 years ago, amidst the backdrop of Mt Roskill and from the soundtrack of Toa Fraser’s hit movie, No. 2, Hollie Smith electrified the airwaves with her iconic rendition of ‘Bathe in the River’, penned by Don McGlashan. The song spent 37 weeks in the top 40 and is now part of the soundtrack of a nation, while Hollie Smith has become one of Aotearoa’s most beloved voices. To open this year’s Auckland Arts Festival, Hollie Smith is breathing new life into this mighty waiata, by singing a reo Māori version.

From ‘Bathe in the River’ to the National Anthem in te reo Māori, waiata set to the tune of ‘Bohemian Rhapsody’, and soulful tunes by Hollie Smith, we are set to sing our hearts out together at TIRA 2020.

Turn up on the night and sing-along, or join us for open rehearsals in the lead up to the event. To learn the harmonies and melodies in advance, download the Toitū Te Reo app. 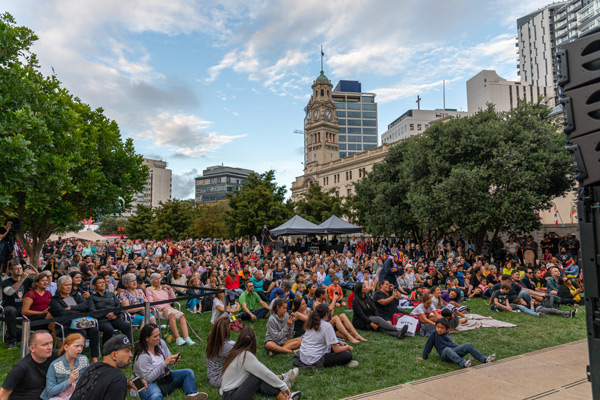 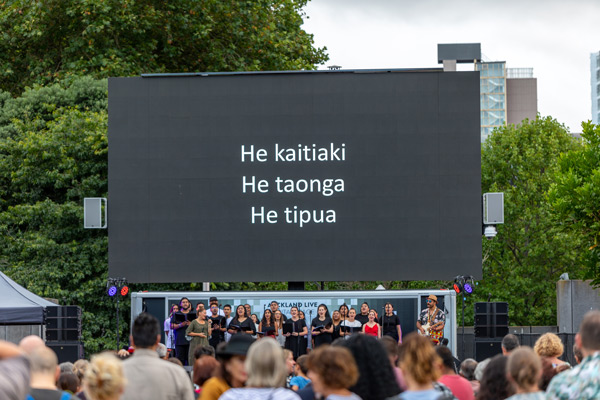 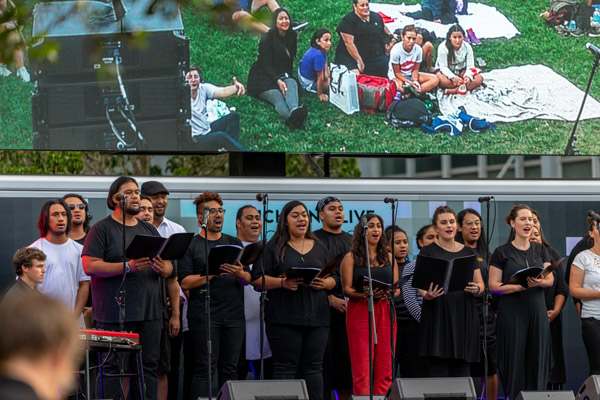