A cultural figure of international renown, Ai Weiwei is an artist, activist, architect, curator and filmmaker who has said that “to be deprived of a voice is to be told you are not a participant in society; ultimately it is a denial of humanity”. His art installations include Sunflower Seeds at the Tate Modern, where he scattered 100 million porcelain “seeds” handpainted by 1,600 Chinese artisans as a commentary on mass consumption and loss of individuality; and the infamous Coca-Cola Vase, a Han Dynasty urn emblazoned with the ubiquitous soft-drink logo. He served as artistic consultant on the design of the Bird’s Nest stadium for Beijing’s 2008 Olympics and has curated famed exhibitions around the globe. Detained by the Chinese government in 2011 and subsequently released to house arrest, he currently bases himself in Berlin.

Weiwei’s new book Conversations records candid conversations with critical thinkers, including Andrew Solomon and Evan Osnos, in which he discusses his relationship with China, the meaning of citizenship, how to make art, and technology as a tool for freedom of oppression. He joins Chelsea Winstanley via livestream to discuss life, art and politics.

The University of Auckland Festival Forum: A New Power 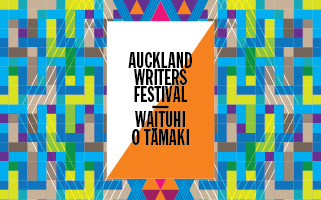 For all ticketed events in Auckland Live venues the ticket price plus service fees and credit card charges will apply.