School of Rock – The Musical follows Dewey Finn, a wannabe rock star posing as a teacher at a prestigious prep school. There he turns a class of straight-A pupils into a guitar-shredding, bass-slapping mind-blowing rock band.

This incredible cast of kids who truly shred guitars, pound drums and rock out live (yes they play their own instruments!), will make you want to raise your rock salute and be part the show that hits all the right notes.

With a new score from Andrew Lloyd Webber, lyrics by Glenn Slater and book by Julian Fellowes; School of Rock - The Musical is ‘the most enjoyable few hours money can buy’ - The Daily Telegraph.

Enter the TIX digital lottery via the TIX App for your chance to access $39* lottery tickets. Download the TIX App here

We have teamed up with Auckland Conventions to create a rocking night out for you and your group of friends, colleagues or clients at the School of Rock – the Musical.  All you and your crew need to do is kick back and enjoy the show. Find out more here.

More information about School of Rock - The Musical

“School's out and rock is in town”

“School's out and rock is in town”

School of Rock Coming to Auckland 2019

Introductory notes in NZSL will be given to attendees at The Civic.

Seats are allocated for patrons wishing to attend the NZSL interpreted performance with a clear view of the stage and interpreters.

To book online, click here and enter the ticketing code SIGNED where indicated. To book over the phone, please call the Ticketmaster Groups Booking line on 09 970 9745 or email groups@ticketmaster.co.nz. A $5 service fee per transaction will apply for all phone and online bookings.

The NZSL interpreted ticket allocation for School of Rock will be available until 5 pm, Thursday, 19 September or until the allocation is exhausted.

This performance gives blind or visually impaired patrons the opportunity to attend School of Rock with trained audio describers broadcasting live commentary during the show, which patrons will hear through an earpiece. There are seats reserved for patrons wishing to attend the Audio Described performance.  There will be a free touch tour on stage from 5pm.  Tickets for these seats are at a discounted price of $60 (plus service fees) and a companion ticket is available at the same price if required. Guide dogs are welcomed, but please notify staff upon booking your ticket.

To book, please call the Ticketmaster Groups Booking line on 09 970 9745 or email groups@ticketmaster.co.nz. A $5 service fee per transaction will apply for all phone bookings.

The Audio Described ticket allocation for School of Rock will be available until  5 pm, Thursday 12 September or until the allocation is exhausted. 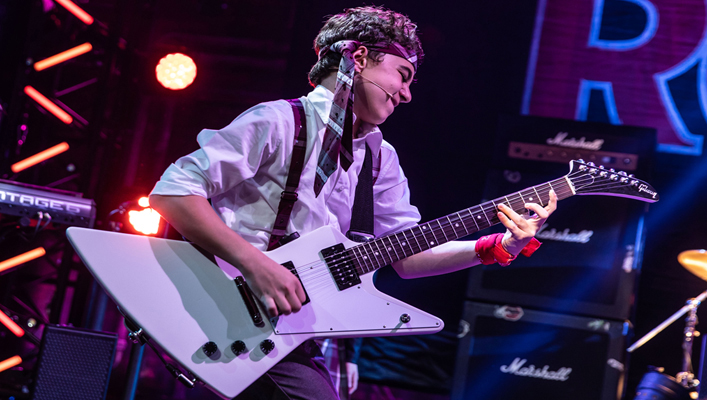 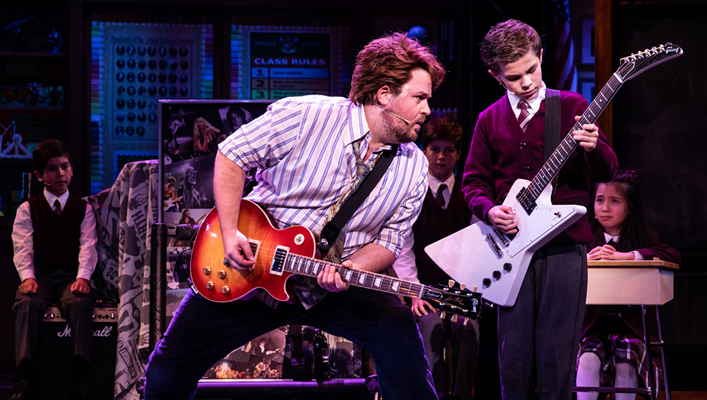 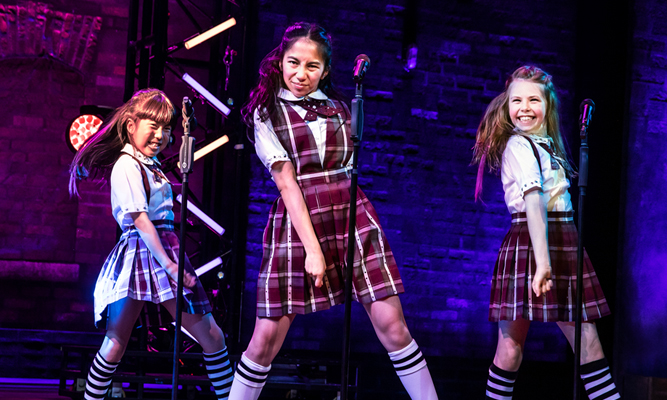