Get Directions
Visitor InformationAbout the Venue

The Auckland Town Hall Box Office is to the right of the main entrance (on Queen Street) as you come into the building. It opens 90 minutes before the start of performances.

The Auckland Town Hall consists of the Great Hall (seating map) and Concert Chamber (seating map). Take the 3D tour of the venue.

Visit our Tickets and Seating page for more information.

The Civic car park is a short walk from the Auckland Town Hall, making it a great option for shows there. It is important, however, to remember that sometimes all our venues are filled with events. Make sure you have a backup plan — or book a space in advance.

Visit our Parking and Transport page for more information.

There are many great eating options for a snack or a full meal near the Town Hall. When special events such as ‘Summer in the Square’ are running, you can also take advantage of food trucks in Aotea Square selling tasty street food and drinks.

Visit our Eating and Drinking page for more information.

Smoking and the use of e-cigarettes in this venue is prohibited.

All Auckland Live venues can be accessed by wheelchairs and there are lifts and ramps to assist those who have difficulty with stairs.

Companion seats are available for those booking wheelchair spaces and guide dogs are welcome at our venues.

In Auckland Town Hall there is also a glass lift in the central atrium.

For every show visually impaired patrons can call Ticketmaster at 09 970 9745 any time before 5pm on the day of the show and they will make sure the front of house team is aware of your needs.

Deaf and hard of hearing

Both the Great Hall and the Concert Chamber have hearing aid loops. To connect to the hearing loop, switch your hearing aids to ‘tele’.

If you're a promoter interested in bringing a show to Auckland Live please visit our Hiring Our Venues page for more information.

If you're interested in hiring a room at the Town Hall for a meeting, conference or similar event, please visit the Auckland Conventions website. 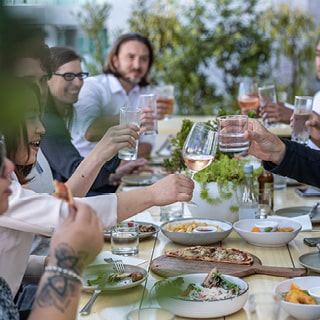 On at Auckland Town Hall

Dare to Dream: Pene Pati and Amina Edris in Concert

Sorry For Your Loss

Everybody Eats at Fringe Town

Taonga Moana - A love letter to the oceans

Che Fu & The Kratez: Return of the Navigator

Voices at the End

An Evening With Marlon Williams

Patti Smith and Her Band

An Evening with Sir Ranulph Fiennes

From the New World 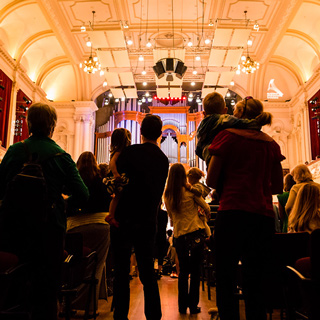 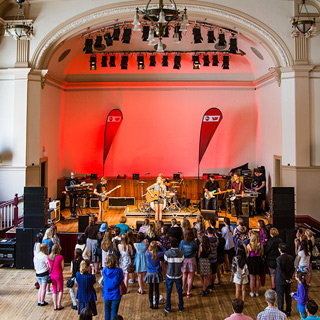 The Town Hall was specifically designed by Melbourne architects JJ and EJ Clark to fit the wedge-shaped piece of land acquired for it. Protected as a Category A heritage building, it was opened in 1911 by Baron Islington, New Zealand’s Governor General at the time. From 1994-1997 the building was fully restored, allowing the addition of modern amenities and re-establishing the building’s standing as a multi-functional venue and world class performance hall.

The Auckland Town Hall was officially opened on 14 December 1911 by Baron Islington, New Zealand’s Governor General at the time. The total cost of the project was 126,000 pounds, which included the price of purchasing additional land, and a few design changes during construction. Top architects from around the world were invited to submit designs and from 46 proposals, the design by Melbourne architects, JJ & EJ Clarke was chosen. This was in the Italian renaissance revival style and featured a five level, wedged-shaped building which accommodated the unusual shape of the site.

In 1994, the Auckland City Council embarked on a three-year, $32.8 million restoration and upgrade of the building. An emphasis was placed on restoring the interior and exterior to its former glory.

In February 2016, the Auckland Philharmonia Orchestra relocated their operations to the Auckland Town Hall, bringing the administration and musicians under the one roof of their performance home.

Auckland Town Hall is rated Silver for accessibility by Be.Accessible. Take the Accessibility Virtual Tour of the venue.

This historic five-storey building with its distinctive clock tower, has many special features.

The Auckland Town Hall has two performance halls – the Great Hall  that can seat up to 1529 across three levels and the Concert Chamber that seats a maximum of 431 people over two levels.

The Great Hall is renowned as an orchestral venue, having one of the best acoustics of any venue in the world. If you’re bringing music to Auckland there is simply no better place to play, so it’s no surprise it’s one of our busiest venues. It is also multi-functional, and can be flat-floored for rock concerts, a dance party, through to venue for large scale dinner events. Seating (for up to 1,529 people) over 3 levels, with no proscenium arch or curtain.

The Great Hall is where you’ll find the famous Town Hall Organ.

A smaller venue at Auckland Town Hall, the Concert Chamber seats up to 431 people.

The Concert Chamber is also renowned for its acoustics, and is the preferred venue for cabaret, concerts as well as chamber music concerts and children’s theatre.

Venue hire fees and associated service costs and/or rental inclusions, vary depending on the venue and the type of production/show.

Email us at bookings@aucklandlive.co.nz and one of our experienced team will be in contact with you to discuss the venue(s) you’re interested in and provide full venue specs, seating maps, pricing and any other information you may require.